July 09, 2013
We are all familiar with the scripture in Alma 37:6, where Alma points out to his son, "by small and simple things are great things brought to pass."  What is Alma even talking about when he says this?  Study the scriptures?  Pray often?  No, these may be excellent applications for us, but they are not what Alma was referring to originally.  I think the background of this statement brings illumination to why this principle is so powerful and the absolute essentiality of the "mundane" gospel requirements.

The great father figure Alma is having a little personal interview with each of his sons.  This was probably after a nice family home evening and before the next day when Helaman and his brothers would head out on missions to preach the gospel (Alma 43).  After delivering a beautifully prepared commentary on his conversion story (considering the precise parallel structure and chiasmus of Alma 36 compared to the original account in Mosiah 27, Alma obviously has great regard for this experience), Alma begins talking about his firstborn's responsibilities regarding the sacred records. 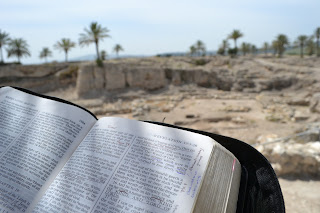 It would be quite an experience to be entrusted with the most valuable historical records of the United States (the Constitution, Declaration of Independence, Gettysburg Address, etc.) and then add to them under your own name.  In a sense, Helaman was given just that, but this set of records, at the time, had a history almost three times as long as the oldest U.S. documents and is the only copy to survive to modernity that we know of.  Cool heirloom.

Alma commands Helaman to continue authoring the record like he has done (Dad was a skilled, prolific writer and that alone would be a daunting assignment), explains the spiritual and historical importance of the records, and then gives an interesting imperative: "If [these records] are kept they must retain their brightness" (Alma 37:5).  The plates were made out of brass and other metals.  To survive, they had to be polished and kept nice or they would rust, become unreadable, and be utterly useless.  Alma doesn't even ask Helaman to remember to polish the plates.  He merely says, "they must retain their brightness."  And if Helaman didn't get it yet, he repeats himself a little more emphatically, "and they will retain their brightness" (Have your parents ever told you, "You will be back by midnight, and the car will be clean"?  It's not a question.  It will be done or else they lop your head right off the next morning).

Now we don't get to see Helaman's reactions in this exchange, but I imagine - like any young son given what seem like bizarre rules - he gave a little smirk or rolled his eyes.  He may have interrupted, "Oh Dad, do I really have to polish these every day?  They're still readable even if they're not bright.  Do I actually have to see my face in them?"  We know he had some sort of response like this because immediately his father says, "Now ye may suppose that this is foolishness in me."  And then that legendary maxim, "But behold I say unto you, that by small and simple things are great things brought to pass" (Alma 37:6). 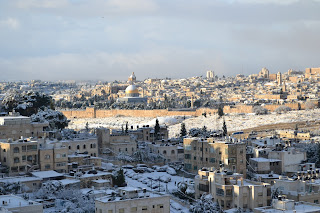 I bet Helaman polished those plates so he could see his face in their brightness every day of his life.  I hope we can value the scriptures so highly that we begin to see our own faces within the light of the pages.  Helaman may have never seen a need to polish the plates.  After all, they were always kept bright and never tarnished.  But he understood the seriousness of this task and performed it faithfully.  He knew that disobedience is a slippery slope, and missing one day's duties easily leads to another.  This assignment was of particular import, as the ramifications would last for millennia.

Polishing plates isn't fun (imagine vigorously buffing each page of your Book of Mormon).  It's mundane, intense, repetitive, and you don't really see results/benefits of doing it - the plates are still just bright.  However, because Helaman (and subsequent authors) obeyed the seemingly small commands of his Dad (the prophet), millions of others can read and enjoy the profound messages of the Book of Mormon.  The gospel requirements may seem to be mundane, intense, or repetitive, but as we follow zealously the counsel of the prophets - ancient and modern - we will richly bless many lives (including our own) and save them from complete disaster.