The Substance of Faith

Faith is a substance. Alma talked about "having faith” (Alma 32:21). Moroni said "faith is things" (Ether 12:6). Paul said, "faith is a substance… an evidence” (Heb. 11:1). We often describe the deceptively simple principle of faith with words like belief, confidence, action, trust, and hope. And it is all of those. An element that is less commonly discussed is the substantive nature of faith. 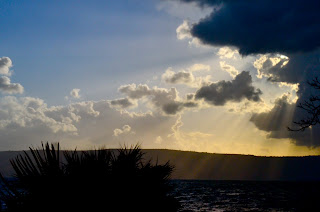 “Now faith is the substance (assurance) of things hoped for, the evidence of things not seen.”

Joseph Smith said, “From this we learn that faith is the assurance which men have of the existence of things which they have not seen.” Well, Brother Joseph, what are these ‘things’ that we hope for but can’t see? If we were to pose the interrogative to Ether, he would probably quote himself and say the ‘things’ are “a better world, yeah, even a place at the right hand of God” (Ether 12:4).

So faith, then, is the substantive assurance that we will have eternal life with our families and a God who is our Father. It’s a sweet affirmation from the Lord that He is real and we are going to make it. Sounds desirable.

Elder Bruce R. McConkie taught that "faith is a gift of God bestowed as a reward for personal righteousness… the greater the measure of obedience to God's laws the greater will be the endowment of faith" (Mormon Doctrine, p. 264).

So when the Savior tells us to “Have faith” (Mark 11:22), He may mean for us to “Have confidence,” “Have trust,” or “Have more assurances that you’re going to have eternal life, and to get those, you’ve gotta recognize the power of the Atonement, follow me, and be obedient.” (I'm sure the Savior would use much more profound and dazzling language than "gotta," but you never know). 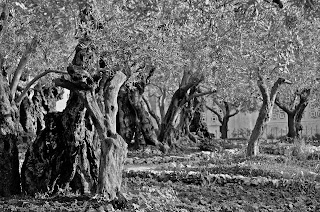 In his Lectures on Faith, Joseph gives three prerequisites to having faith:

1) An idea that God exists
2) A correct understanding of His character, perfections, and attributes
3) A knowledge that the pathway you are pursuing is acceptable to Him

When we believe in God, understand who He really is, and follow His commandments, we will be blessed with faith – internal promises of our eventual exaltation.


In answer to those that say simple belief is all that matters – accept Jesus then do what you want – C.S. Lewis gives a blunt reply: “The answer to that nonsense is that, if what you call your ‘faith’ in Christ does not involve taking the slightest notice of what He says, then it is not Faith at all – not faith or trust in Him, but only intellectual acceptance of some theory about Him” (C.S. Lewis, Mere Christianity). Thus, real faith requires action and obedience.

Faith is not only a principle of action, but one of power as well. Somehow, when we align ourselves with God and natural law, we gain power. Because of the Savior, our acts of righteousness can build up reservoirs of faith that can be used to move mountains – mountains of schoolwork, addiction, weakness, relationship struggles, sickness, uncertainty, worries, and fear. 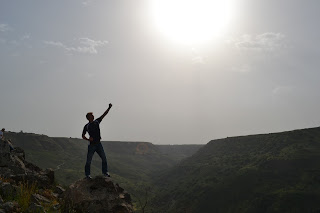 “It was by faith that the worlds were framed. God spake, chaos heard, and the worlds came into order” (Joseph Smith, Lectures on Faith). Was it by ‘belief’ or ‘trust’ or ‘hope’ that the worlds were formed? I think they played a part, but the faith of miracles and god-like power is the assurance that you are becoming like God. Those assurances from God provide great power to accomplish god-like things.

So let’s be a little more obedient. Let’s get assurances that we’re on the right path. Let’s build our faith, so we can have the power to do what God does, bless who He would bless, and become what He has become.
Posted by Spencer at 7:29 PM No comments:

Spencer
The purpose of this blog is to channel any glimpses I get of the divine world into a spiritual record: my metaphorical small plates, if you will. These are opinions I have formed from studies, classes, and experiences, and they don't necessarily represent conclusive doctrine. I hope they are of some use to you in endeavoring to comprehend and master the enlightenment of God. For His glory is intelligence (D&C 93:36): dropping as the rain and distilling as the dew when we give ear to His words (Deut. 32:2).