The very last Proverb in the book of Proverbs is a poem about the ideal "virtuous woman," written by King Lemuel's mother (this queen is believed by some to be Bathsheba - thanks for the insight, John Foss).  Wish we had more writings from women in the Bible, but grateful for the few gems that made it in!  This poem is a complicated, clever piece known as an "alphabetic acrostic" - one where each line of the poem starts with the letter A, B, C, D, and so on.  The alphabetic acrostic is meant to emphasize that this woman truly is “all that,” she is the complete package from A to Z.

Quoting the Jewish Society's Tanakh: "Contrary to a common notion of woman's status in the ancient world, this woman has considerable independence in interacting with outsiders and conducting business, even in acquiring real estate."  Some particular lines that stuck out to me include:

"She sees that her business thrives; Her lamp never goes out at night"

"Her mouth is full of wisdom, Her tongue with kindly teaching."

"She oversees the activities of her household And never eats the bread of idleness."

"Her children declare her happy; Her husband praises her, 'Many women have done well, But you surpass them all.'"

"Her worth is far beyond that of rubies."

In the Christian Old Testament, Ruth is placed between Judges and 1 Samuel because it begins and ends talking about those time periods (and wants to be read within that timing context). However, in the Jewish Bible, it is placed after the Proverbs.  Directly after a poem describing the ultimate woman comes a book providing a specific example of one.  Ruth's character of kindness, persistence, work ethic, and faith are exemplary and are further intensified by being placed right behind the "ultimate woman" poem.

What may have been pretty shocking to people at the time, is that this woman Ruth was a Moabite - a daughter of "incestuous and sinful" ancestors. They would’ve expected the “virtuous woman” to surely have been an Israelite.  However, it’s this woman from a foreign/unexpected place that becomes the example of a pinnacle woman.  Pretty cool example of how everyone and anyone can be & do good, and be favored of God.  And how freakin’ awesome Ruth is. 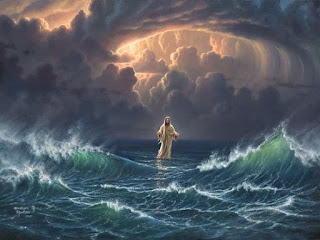 I believe God is the Perfect Scientist. How can we reconcile some of the seemingly contradictory tenets of science and religion? The Theory of Evolution, the Big Bang model, miracles...  Some may say these refute the principles of Christianity, however, I believe there's harmony.  We know God created man in His own image, but we know very little about how those bodies were created.  The "Big Bang" could easily describe an aspect of God's method to create worlds.  While I think science is often apt to answer the questions of "what" and "how," only religion attempts to answers the "why." Jesus' first recorded miracle is His turning water into wine at a wedding feast in Cana (since Mary was the hostess, could this possibly be a sibling's wedding?  Or the Lord's Himself?  I digress...).  At first glance, this feels like science has no explanation - only a mysterious power could do this.  But if we think for a moment, we
Read more